Your account is pending confirmation. Please click here to resend your email. Remember to check your spam folder.

Your account has been created, you should receive an email shortly with a link to complete activation of your account.

Enter your email below, and we'll send you instructions to reset your password.

After a short period of reinvention, Donatella Versace and her new Creative Director, Anthony Vaccarello, brought their diffusion line Versus back into the limelight with an astonishing Spring/Summer 16 runway show at B1.

Versus is certainly a label with attitude and, in a complex feat of production by My Beautiful City, models aptly stormed down a hyper-glossy dance-floor runway to the sound of Irish rock band The Strypes. The youthful and rebellious looks on display mirrored the event’s high-octane energy.

Anthony Vacarello recently described the new collection as ‘dystopian cyberhippy’ and ‘refined but also gritty’. Reported to be largely inspired by rock’n’roll and nightlife, black leather ruled the runway, with lashings of silver studs and Medusa heels also making an appearance.

The lion head icon of Versus – indicating the label’s fierce and proud independence – was also projected all over the site. FKA Twigs and Christopher Kane, amongst other leading creatives were in attendance, while on the catwalk, Lily Donaldson, Malaika Firth and Binx Walton turned heads. 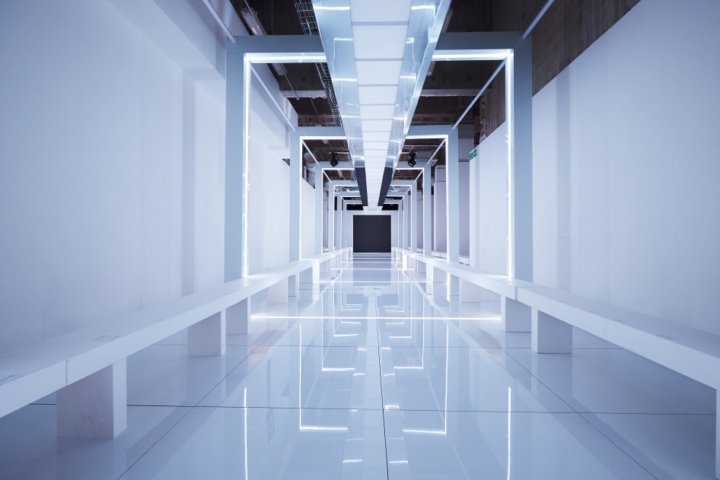 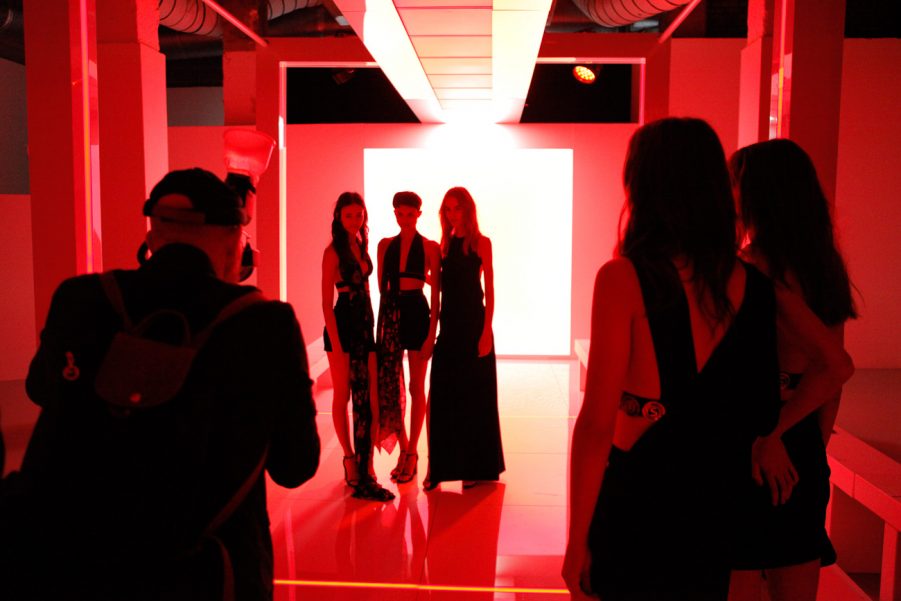 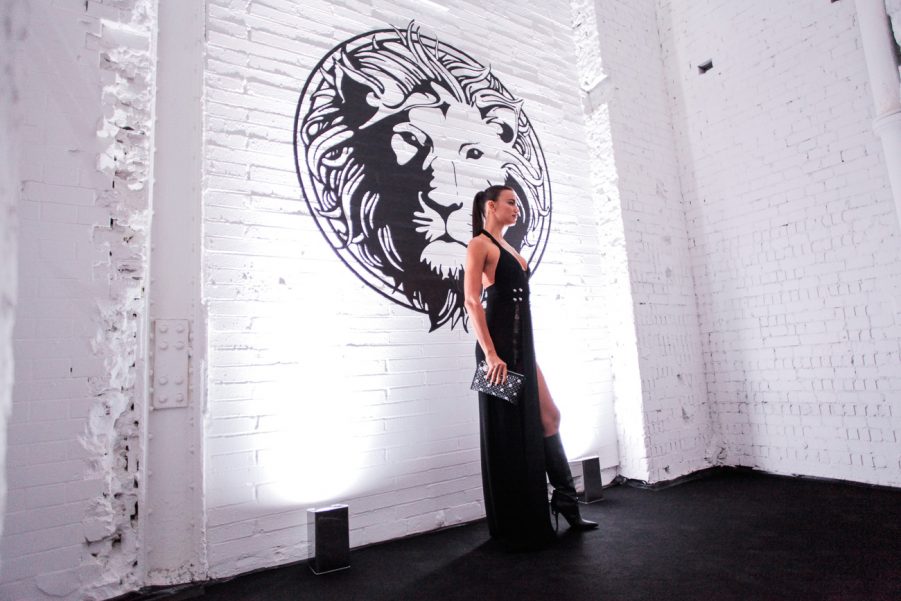 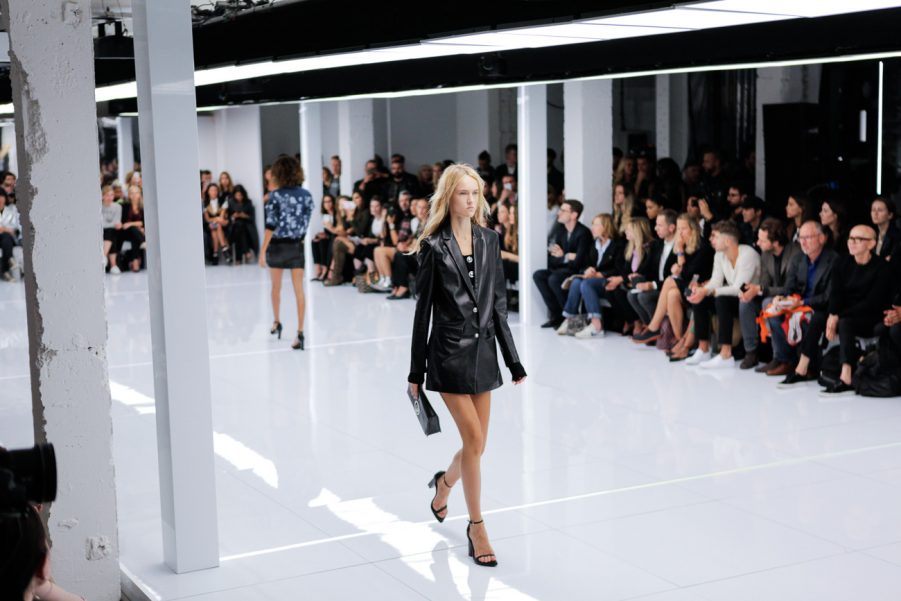 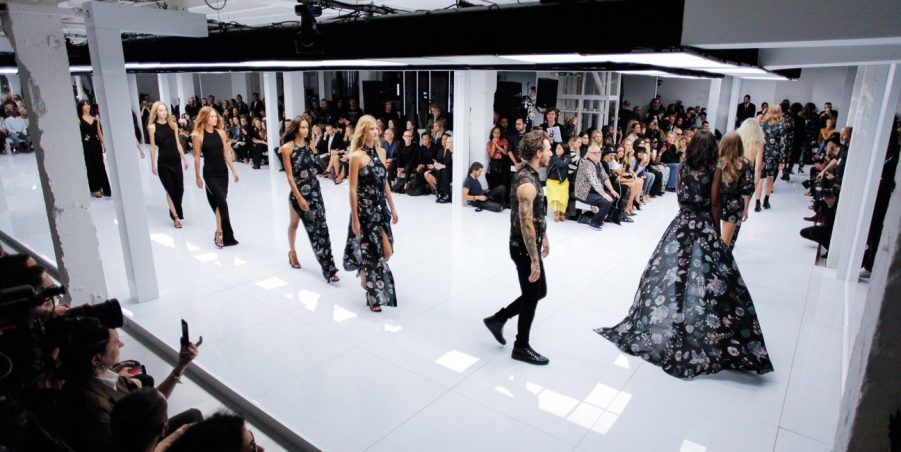